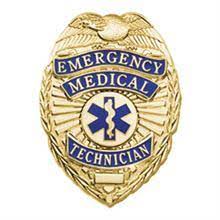 She was born December 27, 1927 in Brown County, Illinois the daughter of Charles Leonard and Mary Elizabeth Ashbaker Roberts.  She married George Robert Burkey on October 5, 1946 in Mt. Sterling, Illinois and he preceded her in death on December 19, 1984.

Josephine was a devoted wife, mother and grandmother, who truly loved spending time with her family.

She attended Brown County schools and then graduated from nursing school in Quincy, Illinois.

Josephine worked as a nurse for Modern Manor Nursing Home in Mt. Sterling and Culbertson Memorial Hospital in Rushville for several years.  She truly loved her community exemplified by her 40 years of dedication to the Brown County Ambulance Service.  She was so proud of the fact that she responded to the first call ever handled by the Brown County Ambulance Service in October of 1974 and then did not retire until the age of 90.  Josephine was recognized by the Illinois Emergency Medical Technician Association as the oldest serving EMT in May of 2014

She was also a member of Holy Family Catholic Church and the Mt. Sterling American Legion Post #374 Auxiliary.

Cremation will be accorded and a memorial mass will be held at a later date.

Memorials are suggested to the Brown County Ambulance Service and may be left at or mailed to the Hendricker Funeral Home, 406 South Capitol Avenue, Mt. Sterling, IL 62353.

Memorial Services will be held at a later date