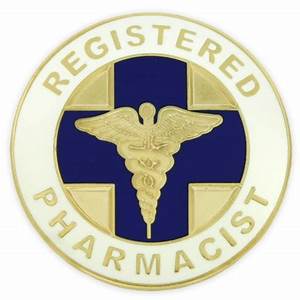 Edith Marie Faugust, age 89 of Burlington, Iowa and formerly of Mt. Sterling, Illinois passed away at 11:10 p.m. Tuesday, October 20, 2020 at Bickford of Burlington.

She was born April 13, 1931 in Brown County, Illinois the daughter of Louis Luke and Florence Kerr Kassing.  Marie’s mother died when she was a little girl and her father needed to work out of town so she was raised by her grandmother and Aunt Helen and Uncle Frank Kassing and their children, James and Mary Louise, with whom she became very close.  She attended St. Mary’s School in Mt. Sterling until her junior year when she moved to live with her father and graduated from Lebanon High School with the class of 1949.  During her high school years, she worked at Balzer Pharmacy in Mt. Sterling and with Mr. Balzer’s help she enrolled in St. Louis College of Pharmacy where she graduated with the class of 1959.  It was in pharmacy school where she met her future husband Myron Faugust and they were married on June 15, 1960.  Myron preceded her in death on January 3, 1996.

Marie and her husband returned to Mt. Sterling purchasing Mr. Balzer’s pharmacy in 1964 which they operated until the spring of 1989.   During this time she raised two children and worked for several area pharmacies notably Moreland and DeVitt of Rushville for close to 25 years and O’Neils in Mt. Sterling for over 25 years, finally officially retiring in 2012.

Marie was a devoted member of both St. Joseph’s parish and Holy Family parish in Mt. Sterling and she practiced her faith until the very end.  She always enjoyed spending time with her family, especially her grandchildren and her close family James, Mary Louise, and their families.

Marie also enjoyed traveling with her girlfriends, Thelma and Lois and was famously known for loving to mow her yard.  She was also a charter member of Rolling Greens Golf Club in Mt. Sterling.

She was preceded in death by her parents, one brother Louis and very close family James Kassing and Mary Louise Moorman.

Private funeral mass will be held at Holy Family Catholic Church in Mt. Sterling with burial to follow in the Mt. Sterling Catholic Cemetery.  There will be no visitation.

In lieu of flowers memorials are suggested to the Bickford Home of Burlington, Iowa, Holy Family Catholic Church or St. Judes Childrens Hospital and may be left or mailed to the Hendricker Funeral Home, 406 South Capitol Avenue, Mt. Sterling, IL 62353.